The Next Billion Mobile Users Will Come from Asia 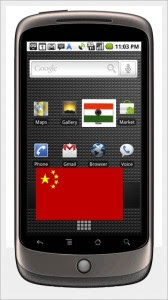 According to a study done by mobile industry group MMA, the region where largest Mobile use growth will happen is Asia.

Why is this? It’s largely thanks to developing countries India and China. With billions of people in their population, that leads to a whole lot of people in need of a mobile to communicate with each other.

The use of mobiles in developed regions, such as Europe have become increasingly saturated. Meaning for every person, there is already close to 1 mobile phone in use and in some countries more than 1 mobile per person.

The MMA report also predicted large growth of mobile data usage in APAC, largely due to increased use of smartphones with rich network applications and web browsers.

Mobile data usage is also said to increase as more people rely on web based services, social networks such as Facebook and Google’s suite of tools.

According to the article:

Industry group MMA, which recently released its top mobile industry predictions, said with roughly one-third of the over 4 billion mobile subscribers in the world already coming from Asia, mobile telecommunications is definitely an area that has come of age.

Based on these mobile growth predictions for Asia, it explains why the APAC region is such an important target for every smartphone maker.