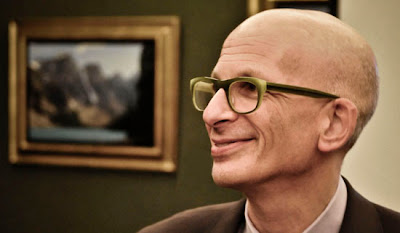 Many of you met Seth when he told you to be a purple cow. Some of you met him when you fell upon his blog, one of the world’s favorites. The luckiest of you met him in person, either at TED, Google, or one of the other holy places where smart people give speeches. Point being: You know who Seth Godin is, but you might not know him like this. 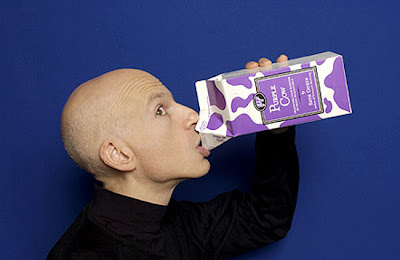 Joshspear.com: Alright, Seth, let’s take it from the top: Give us a brief rundown on you, or maybe just you in the last year — whatever you can smash in one paragraph.

Seth Godin: Being lucky and showing up in the right place are underrated. I’ve been an entrepreneur since I was 15, ran a large business on campus in college, got online in 1976, then seriously in 1988. Started my first VC funded company in 1993, sold it to Yahoo in 1998, when I started writing books about business and marketing and how ideas spread. Since then, I’ve published ten books that have been bestsellers. The latest one is called Tribes and it came out this week. I write about ideas worth spreading on the blog I started about a thousand years ago: sethgodin.typepad.com. They tell me it’s one of the most popular solo blogs in the world. And, in my spare time, I started Squidoo.com, a free website that has generated hundreds of thousands of dollars for charity since we started it. Go ahead, give it a try…

JS: Oh, it is the top marketing blog. I run another site that’s on that list… I think we’re around 565th. You win. Anyway, let’s talk blogs. Talk about the way yours has contributed to your individual brand, and why that’s so important.

SG: The best measure of a blog is not how many people it reaches, it’s how much it changes what you do. Changes your posture, your writing, your transparency, your humility. What blogging has done for me is made me think. I get to think about how the outside world will understand something I’m trying to do, for example.

This means, of course, that you get almost all of the goodness of a blog long before you have a lot of readers.

JS: You have a new book, and you’re selling it for 95 cents on iTunes. Nothing is 95 cents anymore… so why is your book?

SG: Books cost $20 because you need to chop down trees, print on paper, ship the books to stores, hold the inventory, ship to consumers and take back any unsold copies. ebooks and audiobooks have none of those costs, not one. So why charge $20. I’m not in charge of the pricing of my books, but I applaud Audible for giving people one less reason not to listen to good stuff.

JS: The fact that you always have something new to say about marketing must rely on the fact that today’s marketing approaches must constantly be updated. What do you think have been some of the most significant updates of 2008?

SG: Clearly, we’re seeing a stampede by traditional marketers into online ads and social media. They’re starting to figure out how text ads work, but have no clue at all about the role of corporations in social media. Here’s a hint: You don’t get to ask, “How can we use this to grow?” It’s not yours to use. It belongs to the people who are in it, not to greedy marketers who believe they have a right to ride along. The opportunity is to have a tribe, a group of followers, loyal people who are connected to each other and to a movement.

JS: It’s not easy to convince CEOs that in today’s world marketing messages aren’t so much statements as they are responses. In fact, most of them still like to think that the majority of consumers to are too stupid to be trusted with the guidance and development of a brand. How do you convince them otherwise?

Instead, just do it. Go fast, get where you’re going. The odds of getting stopped are small, the price of the ticket is small and if you’re doing the right thing in the first place, it’s worth it.

JS: You’ve written a zillion books, blog posts, and content consumed by many for a very long time. You’re constantly a thought leader. My question is: Have you ever contradicted yourself, and if so, how? Did you say something would be huge a few years ago, and realize you were wrong? With as many bold (and great) statements we’ve heard you say, some must not have been spot on …?

SG: I’m wrong a lot, but I’m usually just early. I was most wrong about the World Wide Web. I thought it didn’t have a chance against AOL. I was an idiot.

I was early in predicting the demise of the all-purpose banner ad, but I was right.

I try not to keep too close a track on this, because the goal of predicting stuff isn’t to be right, it’s to make a point and to make us think.

JS: Do you think it’s working — as in, you talk about this great change and innovation and have done so for a long time, are you seeing it take hold?

SG: I don’t think I CAUSE the stuff to happen, but there’s no doubt that it is happening. The world ten years ago was so different from today in terms of consumer power and the way ideas spread. It’s hard to imagine the difference.

JS: OK, let’s talk life and death. In your opinion, what’s today’s best way for a brand to commit suicide, and alternately, to thrive?

You thrive when you do the opposite of that!

JS: If you were forming a new brand, and were given only three elements to aid in its long-term success, what would they be?

JS: Do you think you’ll ever write an un-marketing book, like a novel or a memoir?

SG: Well, my latest, Tribes, sure doesn’t seem like a marketing book. But a novel? I don’t think I’m devious enough.

JS: So, if you had a child, and he was about to embark on his/her first adventure in the digital frontier, what would your parting words be?